Learn step-by-step the key to lifting weights for toning, shaping and strength. Men and women of all fitness levels can learn how to lift weights safely and successfully. 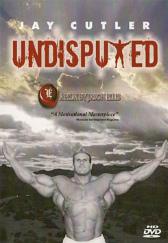 In 2008 after losing his title as Mr. Olympia, Jay Cutler made a vow to come back and reclaim his title even though many critics had written Jay off as a serious contender for a comeback victory.

Follow Jay through his heroic epic journey as he prepares for the fight of his life. Watch and learn Jay’s secrets as he trains each body part and wins back his title for the third time as the Undisputed Mr. Olympia Champion!